In almost every gangster movie, we watch how the kingpin deals wickedly and how he is followed by a bunch of die-hards who think they are untouchable because they are by his side and do his bidding. There’s always one sidekick, who sucks up to the Bad guy, and imagines that they are best buddies…without realizing how much his ass-kissing is getting on the kingpin’s nerves. 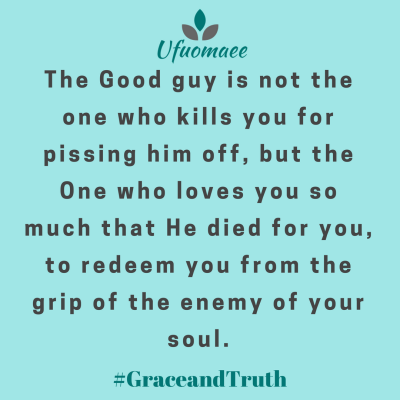 Funny thing is that there are no shortage of idiots to take the place of the sidekick, and they never seem to learn the lessons nor heed the warning that this Bad guy is not their friend. That they are just as disposable as homeboy on the floor with his guts spilling out!

Whatever their reason…they need to come swiftly to their senses and realise their perilous situation. They need to know that it is never too late to change allegiance. They need to know that the wicked person they serve does not and cannot love them! The Good guy is not the one who kills you for pissing him off, but the One who loves you so much that He died for you, to redeem you from the grip of the enemy of your soul.