This episode is part of my podcast series DEAR ATHEIST… If you prefer, LISTEN NOW. ***** Many of us take for granted the simple message of the gospel that we have received and accepted as the TRUTH.  We’ve heard it so many times in Church, read it in so many pamphlets, […] Editor’s Pick: The Gospel (in a Nutshell)

This episode is part of my podcast series DEAR ATHEIST… If you prefer, LISTEN NOW. ***** The Gospel is a very simple message that can be hard to communicate.  I hope this page, by taking from my post GRACE AND TRUTH, does justice to the message, and encourages you to take […] What If We Are Wrong About God?

This episode is part of my podcast series DEAR ATHEIST… If you prefer, LISTEN NOW. ***** Atheists pride themselves in admitting that they could be wrong…and they just need enough proof to be convinced.  However, is it really inconceivable for Christians to consider that we could be wrong about the existence […]

The Narcissist Who Loves Me

This episode is part of my podcast series DEAR ATHEIST… If you prefer, LISTEN NOW. ***** He resides in the Heavens,His Throne stretches beyond the Universe…The Earth is His footstool,And Angels with power do His bidding.But He who created the WorldsWas not content with its glory…In all the beauty and splendour,There […]

You don’t love Me? Your Funeral!

This episode is part of my podcast series DEAR ATHEIST… If you prefer, LISTEN NOW. ***** Carrying on from yesterday’s musings on unconditional love, I got a few opinions from other believers. One was very interesting. He also believes that God’s love is unconditional, but that the benefits of the love […]

Son of God, Save Yourself!

This episode is part of my podcast series DEAR ATHEIST… If you prefer, LISTEN NOW. ***** The gospel of Christ is such a mystery to onlookers. They can hardly understand why an all-powerful being, such as God, would subject Himself to such an humiliation as to be killed on a Cross. […]

This episode is part of my podcast series DEAR ATHEIST… If you prefer, LISTEN NOW. ***** In almost every gangster movie, we watch how the kingpin deals wickedly and how he is followed by a bunch of die-hards who think they are untouchable because they are by his side and do […] All Suffering Is Borne From Craving

According to Buddhism, there are for four noble truths, one of which is that suffering is borne from craving, and I can’t but agree with it. Suffering is said to be caused by our “…attachment to the desire to have (craving) and the desire not to have (aversion)” […] The Marriage ABCs – D for Die Daily To Self!

This is probably the hardest thing for anybody to do, but it is also the most rewarding act of love.  Jesus taught us this principle of losing to gain, through His death on the Cross, where He gave up His life to gain the world (John 3:16)!  He gave […]

Editor’s Pick: What Is This Cross?

I wrote this poem in the night, for a friend of mine who is hurting so badly in her marriage.  I also know the burden and pain of carrying a Cross and I have counselled too many women going through terrible marriages, that sometimes, I feel like all […] In this world where the wise thing to do in an abusive relationship is to walk away, to protect and look after yourself and your sanity, I feel conflicted about the Wisdom of the Cross that caused Jesus to endure unfair punishment, torture, insults and mocking, to redeem […]

The greatest and most effective lie of the Devil is the lie that he doesn’t exist!!! So many people are comfortable believing this lie, while he continues his ministry in their lives…leading them farther and farther away from the truth. If you don’t believe he exists, you won’t […]

Editor’s Pick: You Believe In God, Believe Also In Me

What is Jesus saying here?  Is He making a distinction between Himself and God, the Father?  And if so, what type of distinction? I think the difference Jesus is highlighting is relationship and understanding of God.  The Jews have believed in God, but they have not all known […] Editor’s Pick: What Did Jesus Say?

So, you’ve learnt about who Jesus is, and also what He did for you.  It is my hope that you decided to give your life to Him, and follow Him.  If you haven’t made that decision, I hope this page will convince you.  You see, Jesus’ teachings are […] 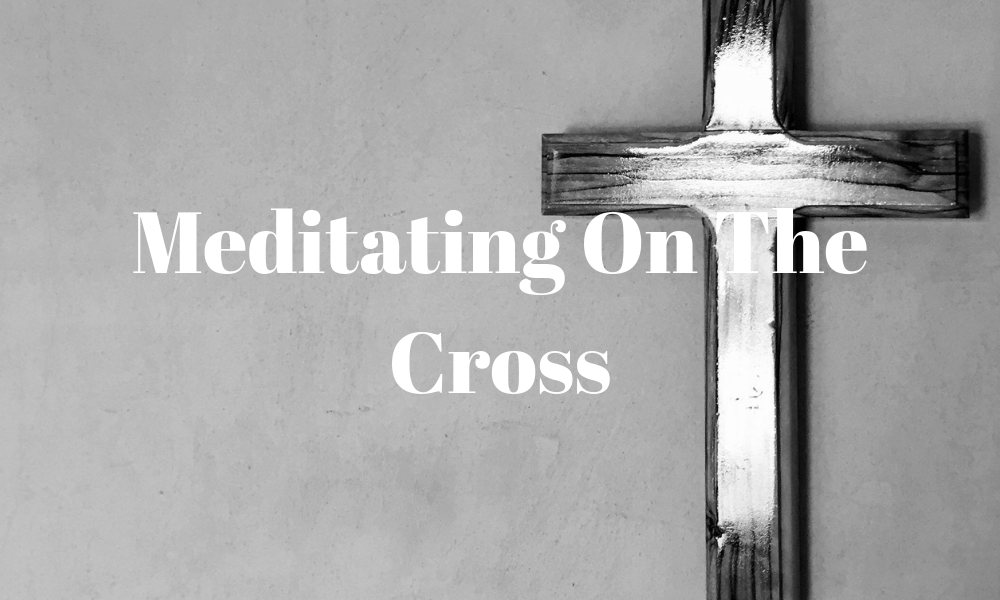 Editor’s Pick: Meditating On The Cross

Today in Church, I looked upon the Cross and pondered on it. As a symbol of our faith, it stands as a reminder of many fundamental messages from our Lord. In no particular order, let us meditate on the messages of the Cross. Feel free to add more […]